BEER FOR THE HATERS?

Beer has its naysayers just as much as its yaysayers (if that’s a word. Which it isn’t). There are many valid reasons why people choose not to drink beer, of course – and that’s fine. We understand. But there are others that really aren’t quite so valid – and between you and us, some of them kind of tick us off. That’s why we make it our business to try and dispel as many of these as possible!

Like, for example, people who say they don’t like beer when they haven’t really tried it. Don’t dislike what you don’t know - just give it a go! (That sounds like it could be the B-Side to that infamous Grange Hill song). If you’re nervous about beer, that’s cool. It’s one of the reasons we offer tasters and guidance in all our bars from our approachable, Cicerone-trained staff. 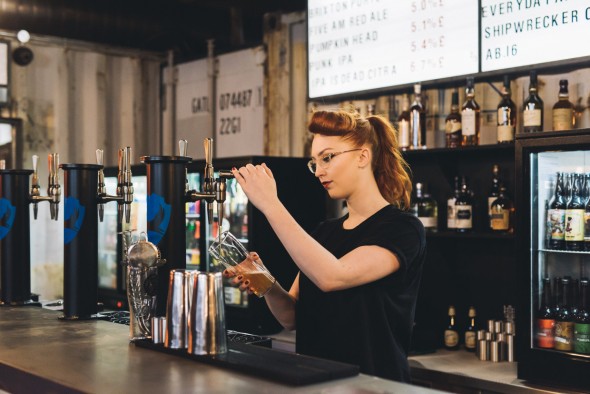 Another reason that we hear from time to time is more to do with the perception of being a beer drinker; that there’s a negative connotation to picking up a glass, or opening a bottle. This is a wider problem maybe – but every drink has negative stereotypes, from ‘Mother's Ruin’ to ‘Wino’. Yet these days, stereotypes is all they are.

Drinking beer isn’t about unwieldy tankards of uncomfortably warm suds in musty fleapits any more than drinking gin is about backstreet parlours and neglected children. Brewing is an industry of the creative; whether that’s people making the beer, or selling it. In fact, beer has more variations on when, how and what to enjoy than any other beverage! 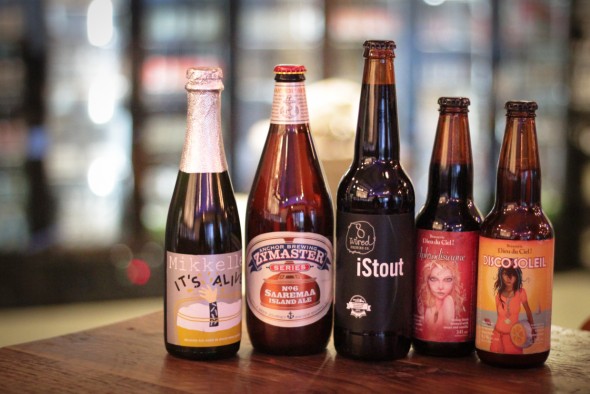 Then there’s the (pun intended) big reason. The belief that drinking beer is an unhealthy habit, one that leads inevitably to lethargy, beer bellies and weight gain. Well, so does eating cheese. Or hand-carved Serrano ham. Or watching boxed sets of Thundercats. Anything taken to excess, really (which is fairly easy with Thundercats).

Beer simply isn’t as fattening as many people think. A standard 330ml bottle of Dead Pony Pale Ale, for example, contains 118 calories. That’s as much as a vodka and coke, or gin and tonic. Punk IPA will deliver 158 calories. Again, that’s the equivalent of a Bacardi Breezer. Which would you rather go for? 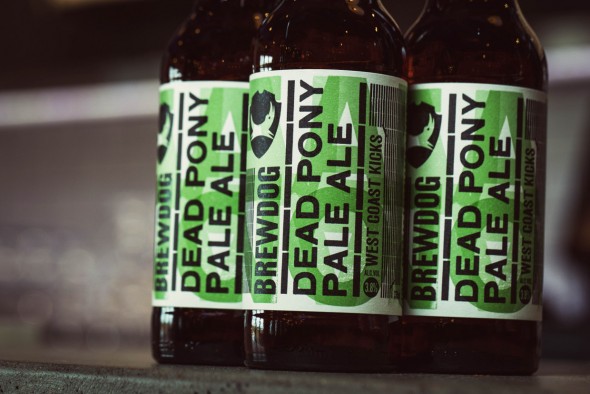 We’re not ragging on anyone here, honestly – it’s just that craft beer has so much to offer. You’d expect us to say that of course – and you’d be right. But the amazing work done by brewers around the world deserves more than to be rejected because of unfamiliarity, or falsehood. Would you dismiss all art based on your perception of a single painter? All trousers based on those worn by MC Hammer?

Actually, those trousers were kind of cool.

Riot 10.03.2015 @ 1:38pm
If you hate beer, you're doing something wrong
Kevin 14.02.2015 @ 5:52pm
Wait...there are people that dont like beer? What the hell is wrong with them?
Richard T 10.02.2015 @ 3:05pm
Rich to the rescue!
RichD 10.02.2015 @ 2:48pm
Totally is a real word - but its spelled yeasayer.
Jonathan W 10.02.2015 @ 1:16pm
Watching all 130 episodes of Thundercats back-to-back would take about 48 hours. Ill stick to drink for a lost weekend. And watching Ren & Stimpy.
Torp 10.02.2015 @ 1:10pm
Another fun fact and reason to drink beer (or wine, or whisky, for that matter): When you mix sugar in with your alcohol, you tend to drink more. The sugar makes you perceive your own inebriation as less than it actually is, resulting in you generally drinking more than you would have if you kept to less sweet alternatives, resulting in additional calories. This goes double if you drink anything with caffeine in it.
Snarf 10.02.2015 @ 1:08pm
THUNDERTHUNDERTHUNDER!
Jace 10.02.2015 @ 12:41pm
Plus they taste rank
Gareth 10.02.2015 @ 12:39pm
Purely measuring the calories in a drink is also pretty misleading - not all calories are equally usable by the body. The calories in alcohol, for example, are a lot less easy for your body to use than the calories in the simple sugars in e.g. Bacardi Breezers. A fair bit of the calories from the alcohol will just pass through you (if you booze, your urine will contain a little alcohol, but it wont contain many simple sugars). So, actually, things like Bacardi Breezers or Vodka and Cokes are a lot more fattening, in general, than beer, even if they have the same calorific content, to say nothing of the other health effects of consuming lots of simple sugars.
FKF 10.02.2015 @ 12:28pm
Every bar worth its salt should offer tasters - it makes such a difference. When I started out, being able to sample different things while talking to the barstaff really helped!
Spennymoor 10.02.2015 @ 11:50am
I suppose thats why some breweries put the calorie information on the label?
Sebastian 10.02.2015 @ 11:48am
Its all about moderation, isnt it? But I agree beer has an image problem with regard to beer bellies and stuff. I guess a lot of people dont know how many calories are in beer compared to other food or drinks