Over the last weekend in August we hosted a very special get-together at our BrewDog USA brewery in Columbus. We welcomed our army of US Equity Punks on Saturday for the second annual #PunkAGMUSA, and then pushed on into Sunday for the official Grand Opening of our US brewhouse. We had an amazing time over both days, saluting 4,000 people as they took a closer look at what we do in Columbus and meeting the team who make it all happen.

There were many incredible statistics over the weekend but one of the most amazing is that 200 people attended the AGM from Scotland – huge kudos to our UK Equity Punks (and those from around the world) who made the trip to our new American hometown. With very un-Scottish weather throughout the two days it was great fun to kick back in the Ohioan sunshine with a freshly-brewed US BrewDog beer and listen to some amazing music.

That said one of the cooler things we launched over the weekend was the very first appearance of American-brewed Jack Hammer! Our ruthless Double IPA arriving in the country that birthed one of our favourite beer styles of all time. With 55 different beers on offer and a staggering 7,500 pints poured everybody was able to discover just how we go about our craft, and pick up some very special releases flown over for the event such as Paradox Rye and Hazy Jane.

In the year since our debut #PunkAGMUSA so much has taken place in our corner of Ohio. Our epic team of BrewDog crewmembers there has grown to over 100 already, and our DogTap taproom has been the centre of attention ever since its doors were flung open. In fact, we can’t wait to get another bar up and running for the people of Columbus and are looking forward to December when our Columbus Short North bar will be open for everyone in the city!

Our AGM on the Saturday welcomed over double the number of attendees from last year, following our Equity for Punks USA offering that set an American crowdfunding world record and added over 8,000 new shareholders to our incredible roster. They were treated to some seriously amazing music, led by an awesome set from Andy Shaw Band and rocking out to George Barrie, Twin Atlantic, Captain Kidd, The Sidekicks, and the Skawshank Redemption.

With six tasting sessions from our friends at Jackie O’s, Rhinegeist, MadTree, Land-Grant and more and seven different bars the craft beer was front and centre all weekend, and the Sunday rounded out with a reprise set from Twin Atlantic and an eye-popping fireworks event. Huge thanks to everybody who came and made it such a weekend to remember, to our magnificent BrewDog crew (all 100+ of them) for working both days, and to everyone who helped raise over $2,500 for the Columbus Humane Society. 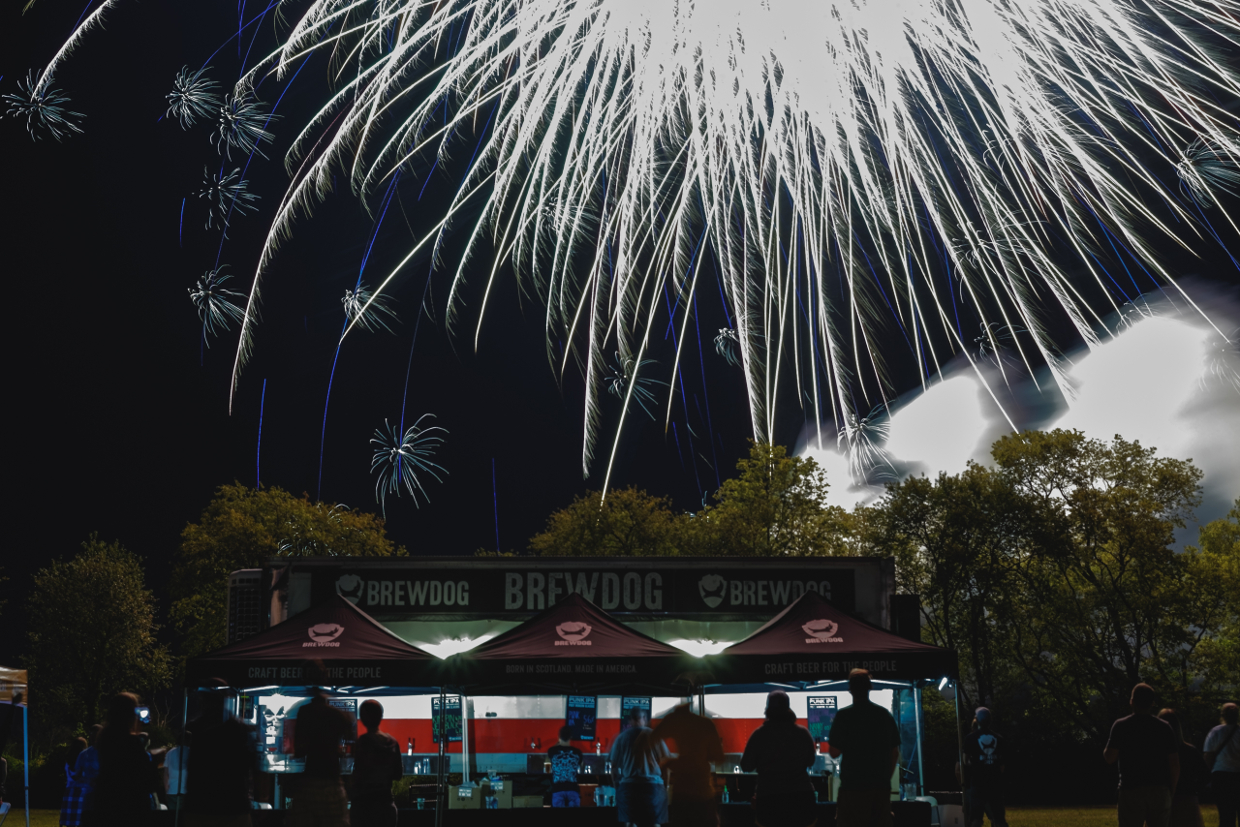 Here’s to next year, Ohio!