If you’ve ever visited a BrewDog bar, you’ll know we have a selection of BrewDog beers on tap, as well as epic guest beers from around the world to sample.
One of the best ways to try a few new ones at a time, is to make a beer flight!

Just what is a flight? These samplers include four 1/3 pints of beer that you can mix and match from the taps yourself, or go on a hopped-up adventure with a selection hand-chosen by our resident beer geeks.
We asked a few of our staff to tell us which beer flight is their favorite.

“It's all about balance for Workin' Grrrl. This hard-working punk starts the day off with an easy drinking yet flavorful Belgium inspired creme ale before moving on to the hoppy regions of our tap list. Punk IPA and Proliferous DIPA offer a solid 1-2 hop punch dichotomy of perfect balance and whopping Mosaic dankness (respectably) that are truly the heart of this flight. After the onslaught of hops this flight is finished off with the forever velvety smooth Jet Black Heart. This flight is especially designed for beer geeks who may work in an office all day but still make sure to rage on any given weeknight!

I picked this flight because I wanted it to be balanced and take the palate on a little journey. The name is inspired after people who work boring jobs during the day but do cool punk shit at night.”

“I called this ‘Big Brother Little Brother’ based on the styles we have in the flight. We have a session pale ale, then going to a double IPA. From there we go to a nitro stout, and finishing with a Russian imperial stout. I chose these because I enjoy all styles of beer, and this hits four of my favorite styles.” 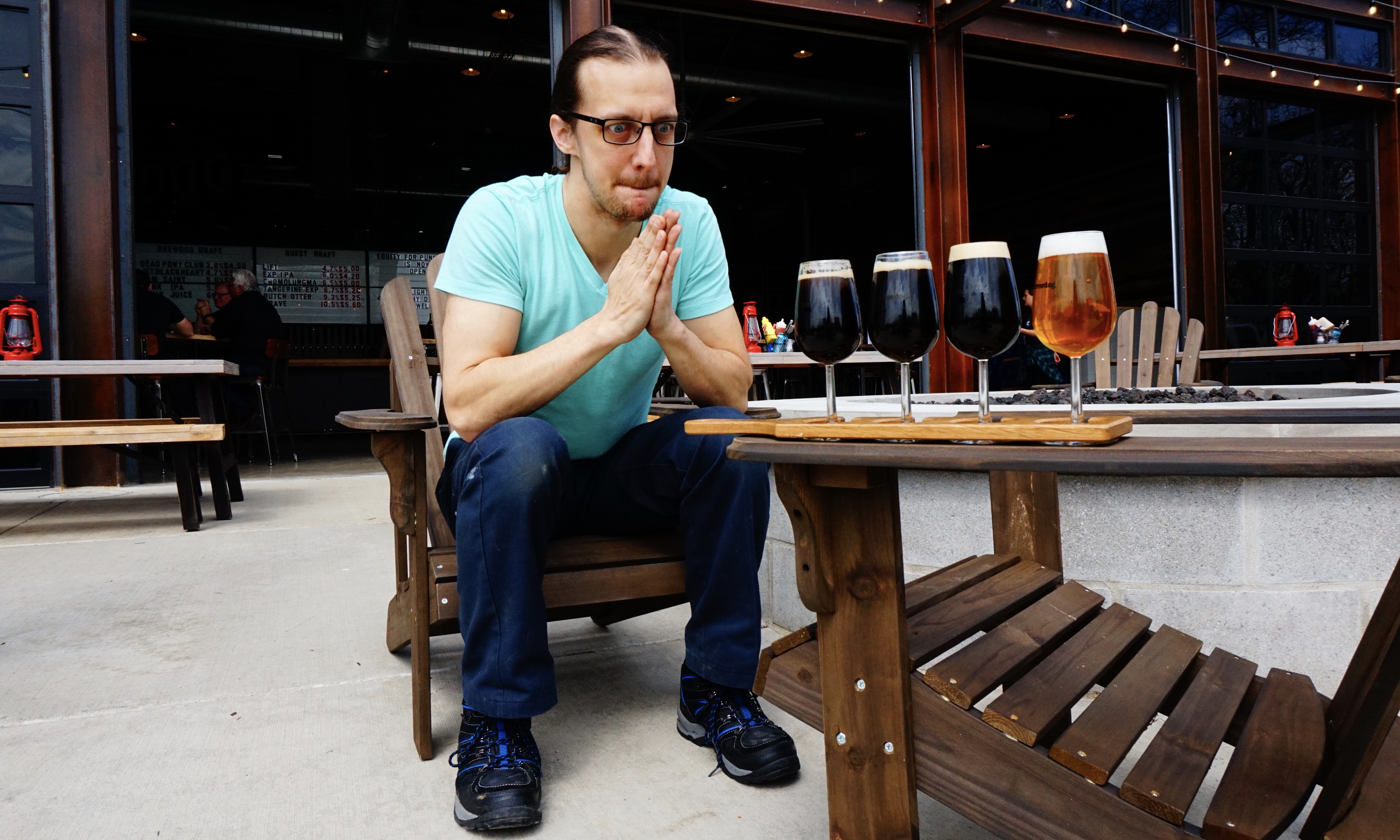 “My personal fave flight is what I like to call "The Sorting Hat". It's for those who like to try the whole varied range of what's available.

Start with Jet Black Heart for a sly and ambitious descent into a chocolatey abyss, then hit up Jackie O's Chomolungma for a happy honey meadow romp with the rest of your badgery friends. Third, bravely and boldly go for something strong like Seventh Sons Oubliette, then smartly finish it all off with Punk IPA, bursting with bitter citrus and hoppy Scottish wit. Best with Smoked Mac 'N' Cheese and Chorizo to fully complement this smoky, spicy, and somewhat "cheesy" flight.”

Starting of easy with blueberry and honey notes, our Fat Head guest draft is refreshingly light before the dark chaos commences. Next up is Jet Black Heart; a smash of sweet vanilla and espresso in all the right balance – that nitro line makes it extra smooth. Following that sweetness is Stone’s bitter dark chocolate oatmeal stout; thick, rich and blissful. And now we finish with the crème del la crème of ludicrously indulgent beers – Cocoa Psycho. The name says it all.”

Now tell us below, what would your ultimate flight look like?