It was the small earthen mound that gave it away. Out the back of the brewery, quietly grassing over; that tell-tale rounded pile of earth. On further examination, a circular object streaked with mud underneath: Simcoe’s crystal ball. Last deployed in January; the spherical oracle vanished soon afterwards. Rumoured to be lost somewhere in Fraserburgh, protected by a snakepit or on a plinth in front of a hidden rolling boulder – it turns out Simcoe had just buried it in the yard. After a clean-up (for dog and ball both), it’s time for our learned sage to peer into the murky crystal depths and see what he can see…

What will the future hold for BrewDog in 2015? 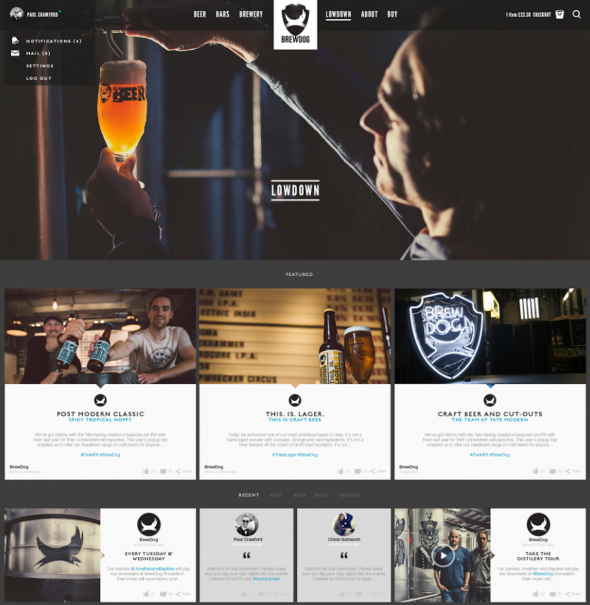 The first thing that Simcoe barked back was a firmer glimpse of our new website. Long in the planning, this portal to everything BrewDog is very near to completion, and once the final couple of photos have been uploaded and we’ve converted everything over to Comic Sans, we’ll be ready to go. But go with what, exactly? Well, Simcoe reported our new online venture will actually revolve around one specific theme: internet dating. It’s big business, so it makes sense! BrewDates: the Ultimate Beer (geek) Pairing – coming to you in 2015. 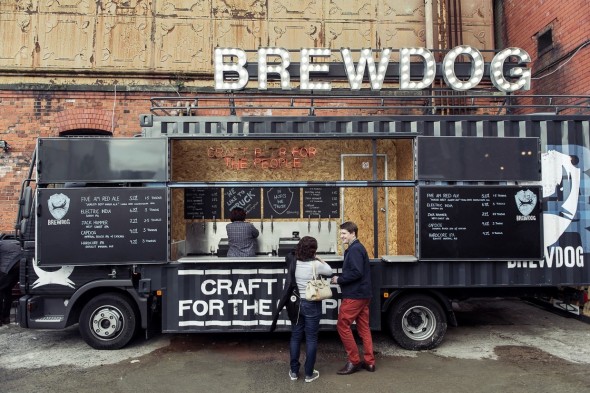 Our festival of collaboration between our UK bars and local craft breweries has been really well received in the past. Simcoe eagerly yapped that not only will Collabfest return in 2015, it will be bigger than ever. He claims to have seen Truck Norris zipping between guest breweries, tank of fresh wort steaming in the back. With each bar/brewery tandem assigned only a single stage of the brewing process before handing over to the next, against the clock – forget Collabfest, this is ‘CollabTest’.

Taking to the airwaves 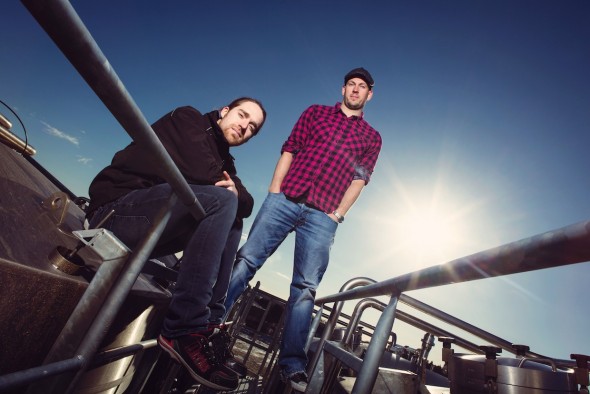 Simcoe’s golden brow furrowed slightly as the next image swirled into view. It was a view of himself, on a TV screen, sitting contentedly in front of a sofa (never on it). Behind, James and Martin lounging in a living room, laying into a series of commercials from macro lager breweries. Other craft beer fans then appeared in turn, in their own homes, making equally pithy comments about mass-produced beers. GoggleDogs. The show ends, and the channel changes. Wait, was that Martin on Strictly…?

The next scene to materialise according to Simcoe was a huge, colourful map of the world. Now, Geography isn’t exactly his strong point – hence why his crystal ball has been lost for so long – but he quickly woofed out what he saw as the map zoomed in and whirled around. An unfinished cathedral. A long-finished Minster. A man with a traffic cone on his head. A lot of bicycles. An enormous apple. A fish, baked in parchment, with a side of spring vegetables. Gregg Wallace. Err, we seem to have zoomed in too far there… 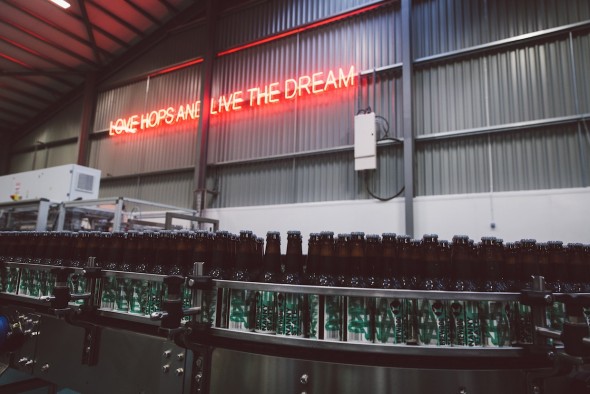 A sudden blur of motion then caused Simcoe to whip back his head and whimper. But after a quick break for a few courage-building biscuits, he returned and nervously peeked back into the crystal ball. A flurry of cans greeted his timid eyes, flashing past at a rate of knots never before seen. Inside each, a game-changing BrewDog widget, constructed from the remnants of used games-room ping-pong balls. And the name on the cans? Blurred by speed, Simcoe could just make out…a beer name with… an asterisk?

Hop till you drop 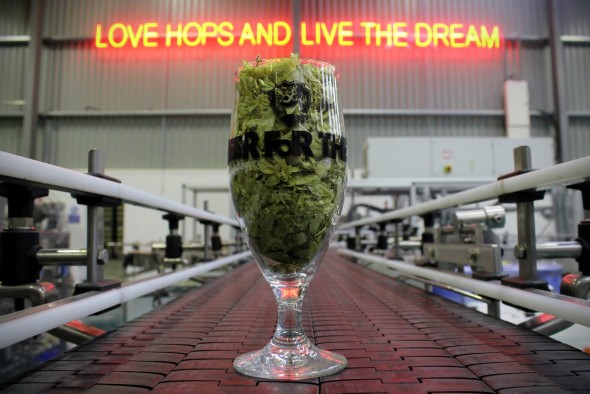 Hops. That was next view through the round window. In these parts, you need to be a little more specific however; fortunately for us Simcoe is a highly-trained hop-hound. Even so, his barked report was a little surprising. A deluge of them, constantly raining from above. No interruption. He interpreted this vision as meaning a series of continually-hopped BrewDog beers. Punknado. Jacksmasher. Dead Bronco. Cocoa Blasto (Simcoe is a dog, after all – his beer naming skills are only slightly better than his Geography). But is he also correct? 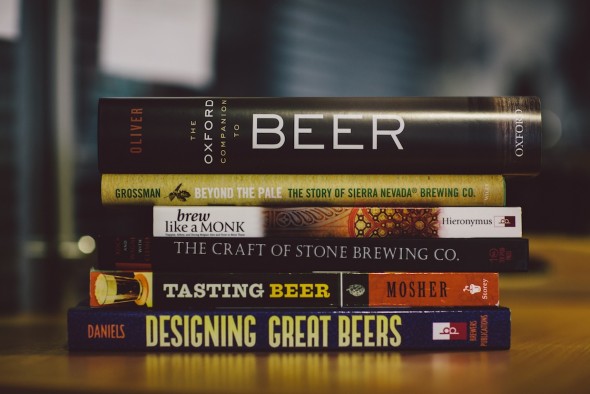 Finally, the last image to reveal itself to Simcoe was another avalanche – but of letters. Words. Pages. Volumes, groaning shelves filled with dusty tomes. Simcoe has so much to say; in 2015, will he be putting paw to paper?

With that, a large yawn announced that this particular sooth-hound was done. Turning away, Simcoe wandered off and curled up on his favourite blanket. What will become of his bold predictions? Although his crystal ball was spattered with mud and grass, will they hold true…?