In the first of our blogs about the wonder that is yeast, we'll be spending a bit of time with one of our favourites, American Ale Yeast.

First off though, let's just see what the hell yeast does and why it's vital in beer.

Yeast is the single-celled micro-organism that eats up all the sugar in your wort (beer before fermentation) to create alcohol and make it boozy. That's it, in a nutshell, but the exact science behind what happens and the effects it has are wide and vast! There are more than 1500 identifiable yeast strains, and the one we're generally talking about when chatting brewer's yeast is Saccharomyces cerevisiae. There are lots of other genera with other cool names though, like Pediococcus, Brettanomyces, Lactobacillus and more! All have their own attributes and despite being minuscule, teeny weeny little things that you can't even see with the naked eye, (unless in vast quantities, of course), they have a huge impact on flavour and aroma in beer as well as the alcohol content.

Yeast is added to beer, or 'pitched' to use the technical term, once you've made your wort and hopped it to the required amount (normally "to hell and back" if you're a BrewDog brewer…) in the super massive fermentation vessels, which are temperature controlled. Yeast needs to be held at the right temperature in order to do its job properly; if it's a bit warm, it'll go mental and get too excited, meaning more alcohol than you intended, if it's too cold it gets lazy and hangs around sort of looking at the sugar it could convert if it could be bothered, but decides casually lolling about in an FV is way more chilled out and a better use of its time, or if it is too hot it just dies and we all hold a little micro-funeral for our fallen fermenting friends. Generally, ale yeast should be held at around 10-25C. 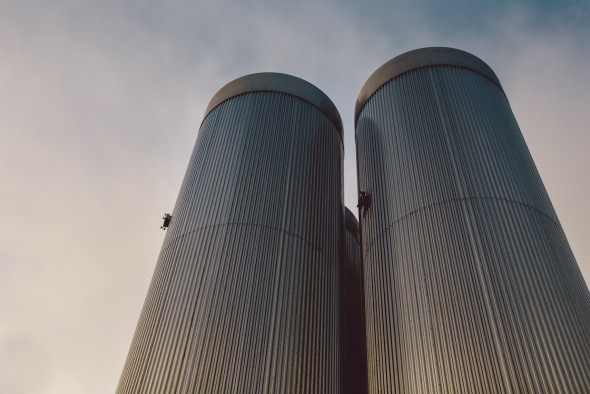 So lets take a closer look at one of our strains used at Brew HQ , shall we? American Ale yeast is used in most of our beers that sit between 7% and 14% ABV. Libertine Black Ale, Cocoa Psycho, any Barleywine and more recently CAPDOG have all used this yeast. Specifically, the strain we use is WY1272 American Ale II; sounds like a prisoner convicted of a yeasty crime!

Over to Nick Ziegler in the brew team!

American Ale yeast can't really do much beyond 14% as it tends to flake out on you beyond that. It is generally regarded as a pretty neutral strain, although it can kick off some more fruitiness than a usual neutral yeast.

It is extremely flocculent (clumpy, in basic terms), but also very sensitive to hydrostatic pressure and dissolved CO2, so we have to ferment with the PRVs open (pressure release valves), which leads to a lot of over-foaming and lost beer and yeast. This is something we're trying to battle with though, so we should be able to make it a bit more efficient without losing any of that awesome flavour we've worked so hard to impart! 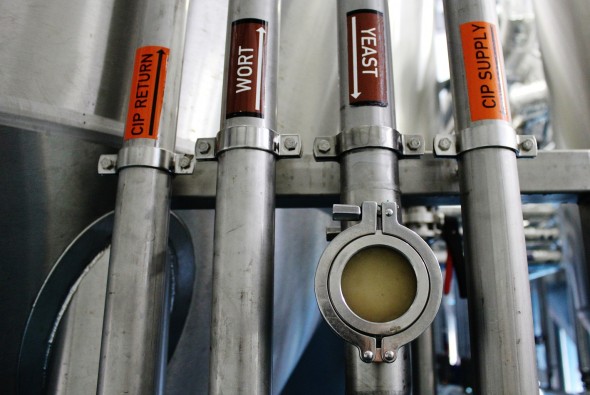 Bowman's got a few more words of yeasty wisdom on this particular strain:

The reason that we use it (aside from the ability to ferment the shit out of almost anything) is that it has a nice neutral flavour profile. As long as the environmental stresses are kept to a manageable level (osmotic pressures, temperature, pressure, nutrient availability etc) then it has a really nice, clean profile; No esters or higher alcohols, which can interfere with our desire to produce heavily hopped beers but very clean beers.

The lack of esters and higher alcohols (referred to as congeners) also vastly reduces the probability of a monster hangover!

If you wanna check out the impact of American Ale Yeast, Hardcore is one of our best beers for showcasing it. Grab a bottle here and get your yeasty geek on!

What yeasty questions do you have for our brew team? We'll pose them before our next yeast-chat blog!

TheChadwix 22.11.2014 @ 6:18pm
Would love to learn a little more about your other yeast strains as well. Awesome photography by the way!
Kiesel 20.11.2014 @ 3:49pm
That glass of yeast looks surprisngly tasty
Richard T 20.11.2014 @ 3:05pm
flything - that is a great idea. Leave it with me!
PeteH 20.11.2014 @ 1:31pm
When you did Unleash The Yeast, I was amazed at how much darker and more malty tasting the version with the American yeast was. You could see the difference, even before you smelt and tasted the beer.When I was making beer, one of the last things I changed was the yeast, and that had the biggest impact.Suddenly it went from tasting like home brew, to tasting better than some beers down the pub. (This was the 1980s). Thank you White Shield, for doing bottle conditioned beer !!
flything 20.11.2014 @ 1:02pm
A post on how you manage your yeast in more detail would be great. Presumably you dont continually buy fresh yeast from Wyeast, so how do you maintain a pure strain, how do you gather, store and reuse yeast etc